"Working His Way Back to Her" • by Matt Krizan 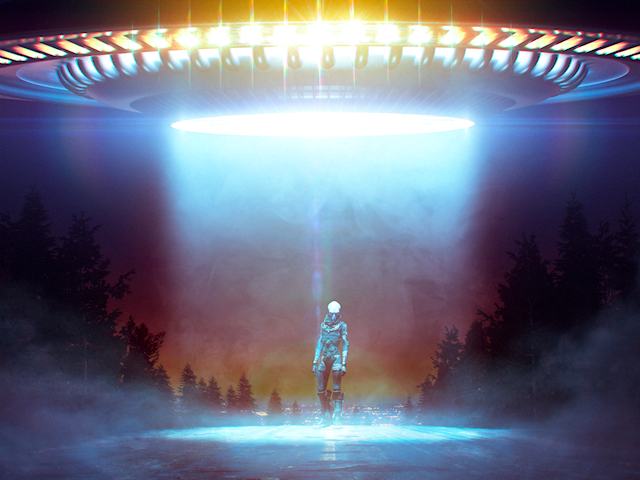 V’ngln’shu frowned in confusion at the bearded, middle-aged man who answered the farmhouse’s front door. Had he entered the wrong coordinates in the ship’s matter transference array? But no, that familiar porch swing creaked on its chains, reminding him of quiet nights spent with Melissa, listening to the cicadas. 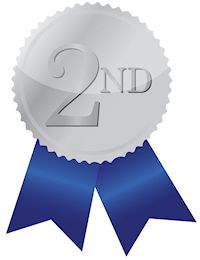 “Can I help you?” The man eyed V’ngln’shu’s jumpsuit, his abnormally long arms and legs.

“No one here by that name.”

“Well, I bought this place eight years ago from Frank and Diane Langmoor, who were here a few years before that.”

V’ngln’shu’s frown deepened. He knew the vagaries of FTL travel via singularity drive to the fleet and back meant time would’ve passed differently for Melissa, but ten-plus years to his three?

He thanked the man and turned away.

Through his retinal feed, V’ngln’shu accessed a wireless network. Melissa didn’t have much of a presence online—she’d always shied away from social media—but during his year spent convalescing in her care after the crash, he’d become adept at searching the web. His crawlers sifted through IRS and DMV databases and found an address. Another transfer put him on the porch of a quaint bungalow in a suburban neighborhood.

V’ngln’shu knocked on the door, his hearts pounding.

Melissa answered, her eyes widening, one hand clapping over her mouth. Her hair was shorter, darker, her once-smooth skin creased by lines around her eyes and mouth.

Before Melissa could respond, a voice called out, “Who is it, Mom?”

A teenage girl appeared in the doorway—a younger version of Melissa, only taller and thinner, with abnormally long arms and legs.

Melissa placed a hand on the girl’s shoulder. 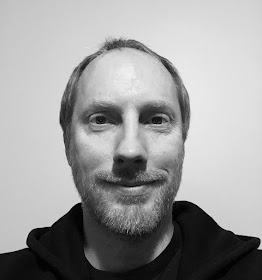 Matt Krizan is a former certified public accountant who writes from his home in Royal Oak, Michigan. His short fiction has appeared or is forthcoming in various publications, including Daily Science Fiction, Martian Magazine, and Dark Moments. Find him online at mattkrizan.com and on Twitter as @MattKrizan.

This month’s Pete Wood Challenge was to write a 200- to 300-word flash fiction SF/F story that plays off the idea of “Second Contact.”

The Pete Wood Challenge fiction contest is supported by the generosity of readers like you. If you like these kinds of stories and want to see more of them, please show it by clicking this link or the button below to make a donation today. All major credit cards are accepted, and all donations go directly towards playing the authors and artists who create the content that you’re enjoying on this site. Literally, all donations go straight into the PayPal account from which we pay our authors and artists.